The different faces of the cuy, our Guinea pig.

IN SOME PLACES, they are kept as lovable pets, yet in Peru they are considered the food to try and a delicacy for locals.

People swear by guinea pig, also known as “cuy,” which is regarded as one of the well-known foods in Peru. Guinea pig has been in South America for at least 5,000 years and has been consumed since the times of the Incas. It is said that cuy also has had a medicinal purpose for Andean people. According to Peruvian traditions, a live guinea pig was rubbed over a sick person’s body and would squeak, identifying the infected area. Millions of cuyes are consumed every year, and the animals have become so embedded in Peruvian culture that they even enjoy a national holiday on the second Friday of October. 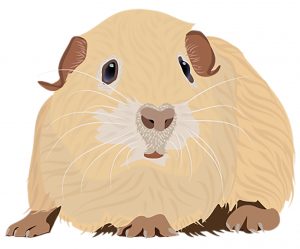 Guinea pigs are now raised and bred like any other farm animal. Farmers have made their livings from guinea pig farms where cuyes are raised and sold, whether for eating or betting games.

Yet a cuy can also be a source of entertainment.

In one game, the small animal is placed in the middle of a circle of boxes, and players bet on which box the cuy enters. Although guinea pig is much more popular in smaller communities in the mountains, it is becoming more popular as restaurants are eager to serve the food tourists want to try when visiting Peru.

Luis Calderón, 48, who works as a tour guide throughout Peru with the company Academia Latinoamericana de Español, is very familiar with the tradition of cuy. Despite its few other uses he mainly knows it as a special gift for celebrations and as a food source.

Originally from Cajamarca in the highlands of northern Peru and now living in Lima, Calderón has seen how the industry and mindset around cuy has changed. He talks about his grandfather traveling 140 kilometers on foot (87 miles) for a week from his hometown to a principal city on the coast, eating mostly cuy during his journey. He says his grandfather would dry it in sun, add salt and eat it with corn. This was a main and abundant source of food protein while traveling long distances.

Calderón also discusses its more common use as a food during celebrations and recalls a native festivity in the highlands called Landa, or “cortapelo.” It is celebrated after children have their first haircut; friends and family are invited.

Calderón thinks back and recalls, “The first time that I was invited to one of these festivities I saw at least 500 guinea pigs in a pan, a big pan.” He says guinea pigs are often offered as gifts when a child is born. Nowadays, cuyes are much more a tourist attraction, although the natives of Peru still treat cuy as a special dish; tourists see it as “an adventure,” Calderón says. He says many find it strange to eat since they are considered pets in the United States and parts of Europe. ​

Calderón adds that his favorite way to prepare cuy is frying it flat and serving it with onions and boiled potatoes. He was eager to show me what cuy looked like, since I had not had a chance to try it yet. Calderón told me that on the way to the airport I could stop by his house. When we did, he brought out a whole cuy and posed while I took pictures of him, holding it proudly.

In Cusco, it is cooked in its original shape, stuffed with herbs, over an open fire. In the Urubamba region, an area revered by the Incas, residents of small towns like Lamay specialize in offering cuy. It was in Lamay that I was finally able to try cuy myself. I wish I had been able to compare Calderón’s favorite with the roasted version of Cusco, which he had said he disliked in comparison. I took his recommendation, asking for it without the head, and we nibbled on small pieces of guinea pig, served with a side of potatoes, a pepper and, strangely enough, spaghetti. The taste was strong from the herbs, but it definitely didn’t taste like chicken. For me, eating it wasn’t as bad as looking at it and noticing its small rib cage.

According to Diego del Corral from Ecuador, the manager of Academia Latinoamericana de Español, people from Cusco often travel to small towns to enjoy the views of the Sacred Valley and the taste of cuy. The tradition of cuy has permeated all aspects of Peruvian culture, including religion. A sign in the Qorikancha (Temple of the Sun), a Spanish cathedral built on top of Incan ruins in Cusco, explains that cuy is also used in the traditional Procession of the Corpus Christi. During this festival, cuy is eaten in a dish called “Chiri Uchu,” which means “Cold Dish.” A painting at the Cusco cathedral depicts the Last Supper, where a cuy is among the many dishes on the table. However, it’s worth pointing out that other sources say it’s a chinchilla, another local animal, instead.

It is clear cuy has played a long role in the history of Peruvian culture, from the first empire of the Chavín until now, adding to the “must do” list when visiting Peru. Although eating cuy may appear to be a strange custom to outsiders, it is important to acknowledge the rich history behind the tradition of the guinea pig in the Land of the Incas.