Posts published in “May Day”

May Showers Did Not Deter Anti-Deportation Marchers

May Showers Did Not Deter Anti-Deportation Marchers

This video story is about the anti-deportation march that took place May 1 from 175 from North Des Plaines to 101 West Congress Parkway. The…

May 1st is not just an ordinary day for Chicagoans. On May 4, 1886, several workers rallied after what was known as the Haymarket Riot…

Some background on May Day in Chicago     Sights and Sounds: Haymarket to ICE headquarters [View the story “May Day March 2014” on Storify]

Lunchtime Protesters on May Day

Lunchtime Protesters on May Day

[View the story “Lunchtime May Day protest ” on Storify] 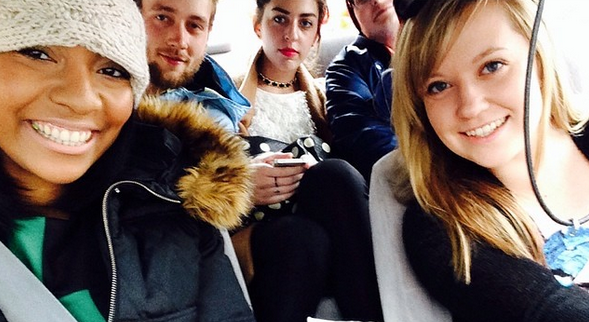 Reporting live from Haymarket Square moving south on Desplaines St. toward the Immigration and Customs Enforcement Headquarters, we bring you with the marchers. -Mobile Command…

May Day Beyond Chicago 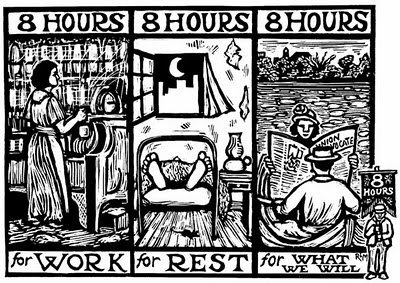 May Day Beyond Chicago

Che Rhymefest Smith Raps for Workers and May Day 2014 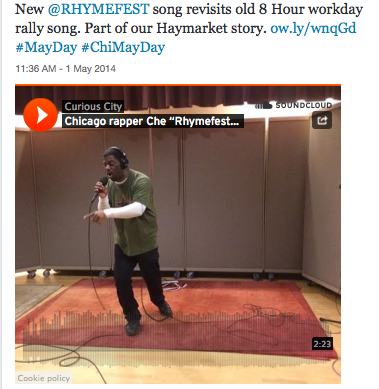 Che Rhymefest Smith Raps for Workers and May Day 2014

Our May Day live coverage begins at 4 p.m, check in with us then.